Today the Conclave is delighted to welcome a new author to talk to us. Cathy Donnelly is of Scottish origins but now lives in Australia. She is the author of books Distant Whispers and There is a place. 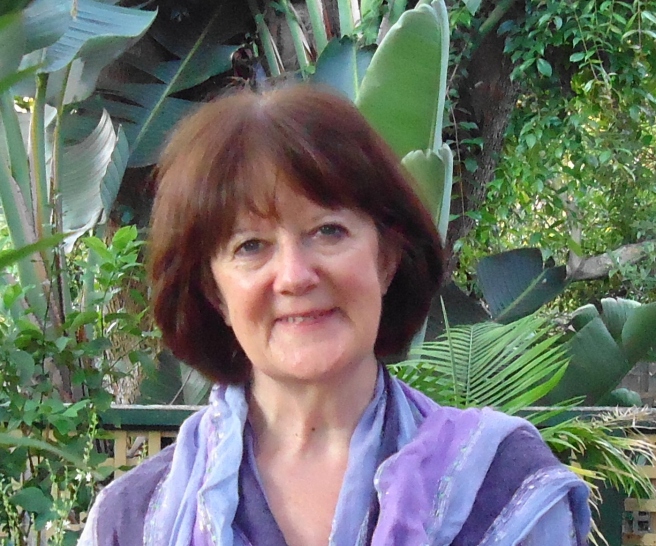 Welcome to the Conclave, Cathy.

First of all, would you like to tell us how you came to start writing?

Thank you for inviting me Millie.

My grandfather gave me novels to read when I was a child. I got my love of storytelling from those. I would make up stories to tell my friends on the walk to school and then write them down later, and I always looked forward to English class when we were required to write a story. Over the years I have written short stories and meditations, but it was always my dream to write novels.

Your first book is a historical novel that takes the reader through the ages. Are these periods in history that you know well? Did it require a lot of research?

Because Distant Whispers has the theme of reincarnation it gave me the flexibility to include periods in history that I have read a lot about. I set the first part of the story in 17th century England, which was filled with many interesting events and characters, and with the second part, which takes place in the present day, I was able to flow back in history to other periods that interested me. I got great enjoyment from weaving Rachel’s story through various centuries.

I am very interested in the history of Alexander the Great and the Knights Templar, so I have read a lot about the times and events surrounding them. This provided great material, especially with the Templars whose history is extensive and intriguing – lots of theories, secrets and legends. It was easy for me to include scenes with both Alexander and the Templars in Distant Whispers because of the past lives element.

There was a great deal of research involved but I feel it is essential to be as accurate as possible when writing historical fiction. There are exceptions of course. There are occasions when I have taken a legend, often disputed by historians, and incorporated it into the storyline. I believe, however, that is why legends are so fascinating. Who is to know for certain if they are true or not? I also like to find a little known fact about a character or a certain period and weave it into my stories.

Fortunately I absolutely love researching. I get lost in it and sometimes have to drag myself away just to get some words on paper. 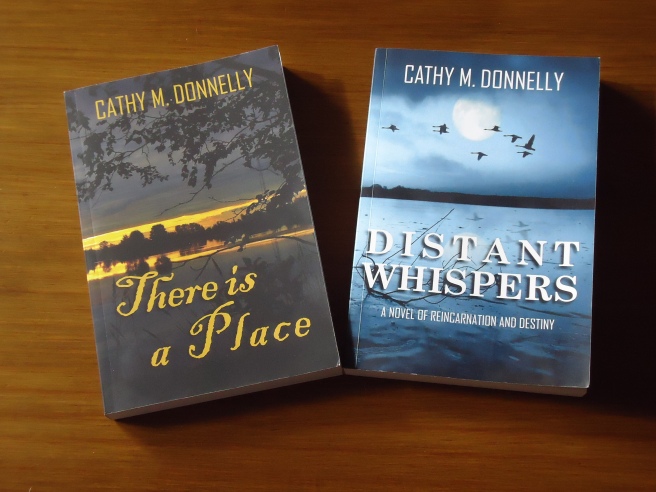 Tell us more about the concept of reincarnation in Distant Whispers.

With Distant Whispers the ending came to me first so the story had to take place in more than one lifetime of the same person. I am fascinated by this concept so I enjoyed playing around with different periods in history to tell Rachel’s story. It mainly takes place in her lifetimes in 1665 in England and present day Australia, but to deepen the reincarnation theme I included flashbacks to her lives in 323BC, 1398 and 1854.

Now, in There is a Place, we seem to have a more classic style of historical novel, one that rests in the same time period throughout – is that correct?

The main part of the story takes place in Scotland from the famous Battle of Flodden in 1513 to the year 1548 when, as a child, Mary Queen of Scots was sent to France for her safety. The history of the period is seen through the eyes of Michael who, after tragedies in his life, becomes a monk on the island of Inchmahome.

There is a time-slip element to the later part of the story which is set in same location but in the year 2010.

What drew you to that period?

So much happened in that period of Scottish history. There was the death of King James IV, the unhappy childhood, two marriages and death of James V, the birth and death of two princes and the birth of Mary, Queen of Scots. There were battles and alliances, intrigues and betrayals. A compelling period.

How did it feel writing about your native Scotland? It is a place of legends and turbulent history – did all of this inspire your writing?

It certainly does inspire me. I love writing about Scotland. I go back to visit my family (and do research) every three years and there is just something magical about the place. And yes, its history was turbulent. No-one could ever say we are a boring nation. There are so many stories to be told and I am sure there will more Scottish novels for me to write.

Are all the places you describe real or imagined?

All the places are real. The story is set mainly on the beautiful island of Inchmahome on the Lake of Menteith. The Augustinian priory was built there in 1238 and was still in use in the time of There is a Place. Although now mostly ruins, great effort has gone into its upkeep and on the occasions I visited there I could easily imagine Michael and the monks walking to the church or working in the gardens.

Many of the scenes take place at Alloa Tower which was built in 1368. It is the ancestral home of the Erskine family and the Earls of Mar and Kellie, who have been prominent figures throughout Scotland’s history. They fought at the Battle of Bannockburn in 1314 and also for Joan of Arc in France. The Tower is in wonderful condition and, as with Inchmahome, I could imagine my characters wandering around the place.

Michael also ventures outside Scotland – he walks the Camino Way and visits France.

Obviously, you live in the present day, but did you try to put something of yourself into the characters in the story?

I think all writers do in some way, whether it is conscious or not. With me it may be traits I have or wish I had. I think there will be occasions when a character’s reaction is based on how I would feel or react to certain situations. In the editing process I did come across some reactions that I realised were more to do with me than the character so I had to temper that.

What do you hope readers will take from your work?

I hope they will love the characters and journey with them through the stories. Perhaps they may learn something about those who have gone before them. I would be content if at the end they said ‘I really enjoyed that story’ and that it stayed with them for a while. If they hoped that I would write a sequel or a novel along a similar theme, then that would be wonderful.

Your work is a mix of historical fiction and fantasy. What kind of books do you like to read yourself? Any titles in particular that stand out for you?

I enjoy historical novels around the periods I write about and stories that have a mystical or supernatural element. If I pick up a book and the blurb on the back mentions ancient secrets, secret societies, intriguing legends, then I am usually hooked.

Among my favourite novels are Dan Brown’s The Da Vinci Code and Angels and Demons but Cloud Atlas by David Mitchell is the ultimate novel for me. I have read it twice and watched the movie three times. There are not enough words to express how enchanted I am by this book. It left a lasting impression on me.

Another book I have read countless times is The Prophet by Khalil Gibran. I keep this by my bed.

What’s next? Are you planning another novel?

I have a few things on the go. I have started a rough outline for a sequel to my first novel Distant Whispers and I have almost completed a compilation of short stories based on Hawk, one of the characters in Distant Whispers. He is a Native American and meets my main character, Rachel, in one of her lifetimes in the 14th century and continues to be her guide through her other lifetimes. I also have an idea for another Scottish historical novel. There is bound to some sort of mystical or supernatural element involved.

I continue to write short stories (there are a couple on my website) and I am working on a project based on Norse mythology.

Cathy, thank you so much for a very interesting interview. You make me want to visit beautiful Scotland!

US and International Customers